Capital of the Cotenin marshes and visited by several species of migratory birds, Carentan has preserved a rich heritage.

The Church of Notre-dame de Carentan, classified as a Historic Monument, was constructed in the 11th century. The organ, a rare example of its style in La Manche and also a classified monument in respect of both its casing and its pipes, has been classically restored towards the end of the 17th century.

The fountains wash house, constructed in 1784, is most impressive: open-air, but with a covered gallery, the massive columns were built with slabs of Caen stone.

The Pont-Canal (canal bridge) is the only one of its type in France. It goes under the marina, and measures 85 meters in length by 20 meters in width. 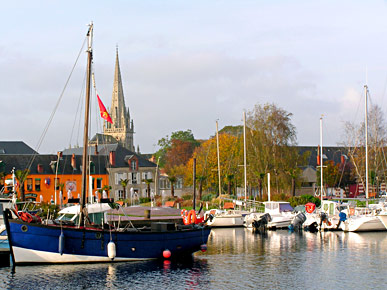