Cherbourg boasts one of the largest marinas in France in terms of visitor numbers and moorings, and is located at the heart of the largest artificial harbour in Europe. A magnificent feat of engineering, the man-made harbour
was built between the 17th and 18th centuries and covers an area of 1,500 hectares. In 2014, the new marina office will open to offer a higher standard of equipment and a nicer and more user-friendly environment.

There is plenty to see in Cherbourg-Octeville, including the Italian Theatre, one of the last to be built in France, the Basilique Sainte Trinité, the Abbaye du Voeu founded by Queen Mathilde, the Château des Ravalet, as well as three museums, the Thomas-Henry Art Museum, the Emmanuel-Liais Museum and the Liberation Museum.

The town is also rich in botanical splendour with numerous parks and gardens filled with rare and exotic plants brought from afar by sailors, scientists and explorers.

Housed in the former transatlantic sea port buildings, the Cité de la Mer is a visitor attraction devoted to man’s great adventures underwater. Interactive displays include the only nuclear submarine in the world which is open to the public, an Abyssal Aquarium which is the deepest in Europe, as well as 16 other pools and aquariums.

There is also a virtual adventure where you can ‘walk under the sea’, a collection of diving machines showing the evolution of underwater exploration vehicles, and an exhibition dedicated to the Titanic. 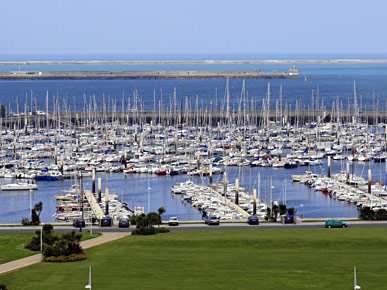