Sheltered on either side by high cliffs, Dieppe is a much sought after sea-side resort on the Alabaster Coast, which stretches from Le Havre to Dieppe, and which makes up almost the entire coastline of Seine-Maritime. The Alabaster Coast, which shelters the ports of Fécamp, Dieppe, Saint-Valéry-en-Caux and Le Tréport in its largest coves, has been classified as a Natura 2000 site since 2009.

The marina in Dieppe, labeled Pavillon Bleu is in the heart of the town centre, as well as the starting point of a long sea-front promenade which looks across to a panoramic view of the tall white cliffs, the old castle and the facades of Boulevard Verdun.

The castle-museum is home to a number of exhibits bearing witness to the maritime history of the town, as well as boasting a beautiful collection of ivory. 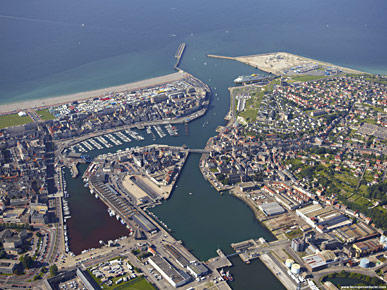