Dives-sur-Mer is one of the major features in the story of William the Conqueror. The church, both Roman and gothic in style due to its continuing construction between the 11th and 14th centuries, contains a list of the men who accompanied William the Conqueror on his epic conquest of England in 1066.

A craft village also bears his name. A former staging post at the end of the 15th century, this inn reached the height of its popularity towards the end of the 19th century as sea bathing became fashionable. The village, built in the traditional
Norman style, is still home to a variety of craftsmen as well as to the Tourist Office.

Dives-sur-Mer is also well-known for its Saturday morning market, which takes place in Les Halles. This imposing structure, located at the heart of the town centre, dates from the 14th and 15th centuries, and was built by local marine carpenters. 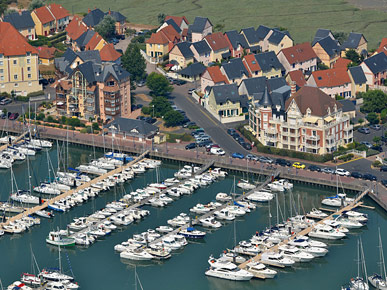